Be the first to review this product
$4.99
In stock
SKU
Rattler'sRevengePDF

eBook Summary: This is the third and last volume of the three volume Barbarians Inside the Gates "snake" series. It contains Volume I within it. Therefore, when one buys Volume II (Viper's Venom) along with Volume III (The Rattler's Revenge), one has everything in the series. Col Grand Pre observes in his Preface:

We have now joined Book I — The Serpent’s Sting, and Book III — The Rattler's Revenge, at the spine and combined these two books. Book I has undergone a process of re-writing, revising and updating, leaving the real meat of those chapters intact, but eliminating some of the outdated or irrelevant material.

Book III constitutes the newest and latest material of some astounding and chilling fact, combined with an autobiographical sketch of the author going back to 1943 when the actual fun and games began. I was 17 at the time, full of vim and vigor, as many of my contemporaries were, and hot to get into the action. “Patriotism” was the “in” thing and there followed a series of actions and activities — many of them classed as “high adventure”, and not a few of them best forgotten as “unmentionable”.

I concentrated on Book III to be a much easier read and often penned it in the first person, sans foot notes and chapter references and indices, which, although necessary for the scholarly researcher, leaves something to be desired for the ordinary avid reader.

This ebook adds on to Volume I, The Serpent's Sting the following: a Preface, the chapters "The New Zionism: A Policy for the United States", "Palestine: A Solution of Its Immediate Problems", "Unlikely Drugbusters", and the sections "What is Monopoly Capitalism?", "Why France Fell", and "Who Controls the Media?". 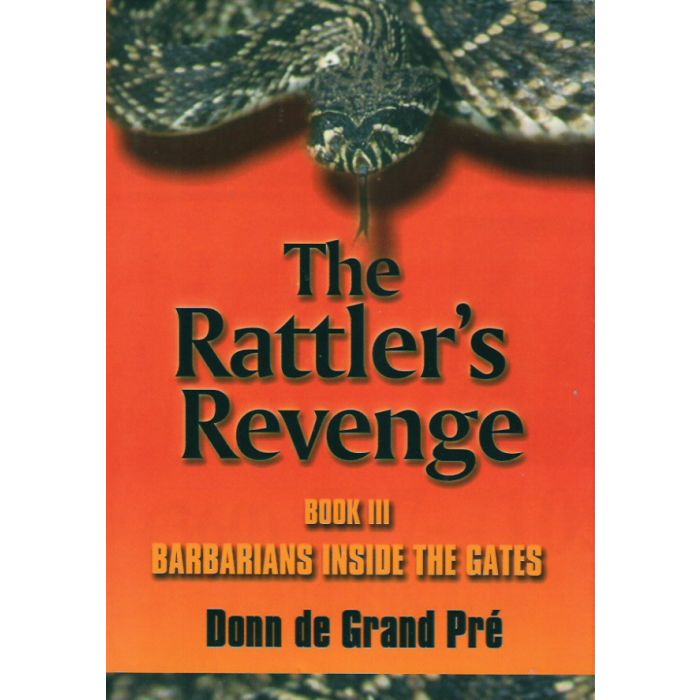 14 of 17 people found the following review helpful:
5 of 5 Star Rating: A Wake-Up Call to Patriotic Americans Regarding the "State of the Union", July 9, 2005
Reviewer Comments:

[Editor's Note: This exact same review is also listed by Amazon for Viper's Venom] This is the third book in the "Barbarians Inside the Gates" series. There is so much historical information that it took a while to complete, but was worth the time to gain the insight into what has happened to our government since the beginning of the 20th century.

The great value in this book series was the "connecting of the dots" regarding the bits and pieces of confusing information I had acquired over a long period of time. I had previously come to the conclusion that the greatest evil in our country and cause of corruption were the thousands of Washington lobbyists bribing our representatives to act on their behalf contrary to the best interest of the citizens of the United States.

I now believe that the problems in America are far deeper, wider, and advanced than anyone other than a government insider like Col. Donn de Grand Pre could believe and document. He clearly explains why patriotic Americans are in trouble and have been sold out to globalism and the New World Order elites.

Facts are presented that show how Russia was taken over and the resulting Soviet Union has been given our nuclear secrets almost as fast as we discovered them, and infiltrated most controlling departments in goverment with the help of the Council on Foreign Relations If you feel that you are being lied to by the media, the President, the Secretary of Defense, the Secretary of State, the FBI, the CIA, the Senate, most of the House of Representatives, and everyone else aligned with politically or profiting from their no-bid contracts, you will find that you are correct. The explains the reasons why terrorist threats are created to gain "emergency" Presidential power , and why lies are costing us freedom, fair trade, fair taxation, and the lives of our citizens.

After reading this book, you will be able to believe that the global elitists will stop at nothing, not even assasination or bombing their own countrymen, to succeed in controlling the world as tyrants ruling slaves. The end of the psychologically ingrained denial of the facts that the leaders of the United States and the UK could really be organized criminal monsters selling us out as fast as they can may be the only hope for maintaining any democracy at all.

PDF size: This ebook is unique compared to all the other PDF documents carried by America First Books. It has a very large file size of 36.4 MB. (Please be prepared to wait a bit longer on the download if you have a slow Internet connection). In contrast, the next largest ebook is Final Judgment, that weights in at 8.7 MB. Most of our other ebooks are less than 5MB.

The reason for the very large file size is that this is a printer's high resolution copy that includes high quality photographic illustrations and some fine cross hair indicators in the margins. In contrast, the first book of Col Grand Pre's snake series, The Serpent's Sting, carried by America First Books has only 2.1 MB. However, our PDF copy of Serpent's Sting has no illustrations, is missing several chapters contained in Rattler's Revenge, and has lower resolution. It also costs less.